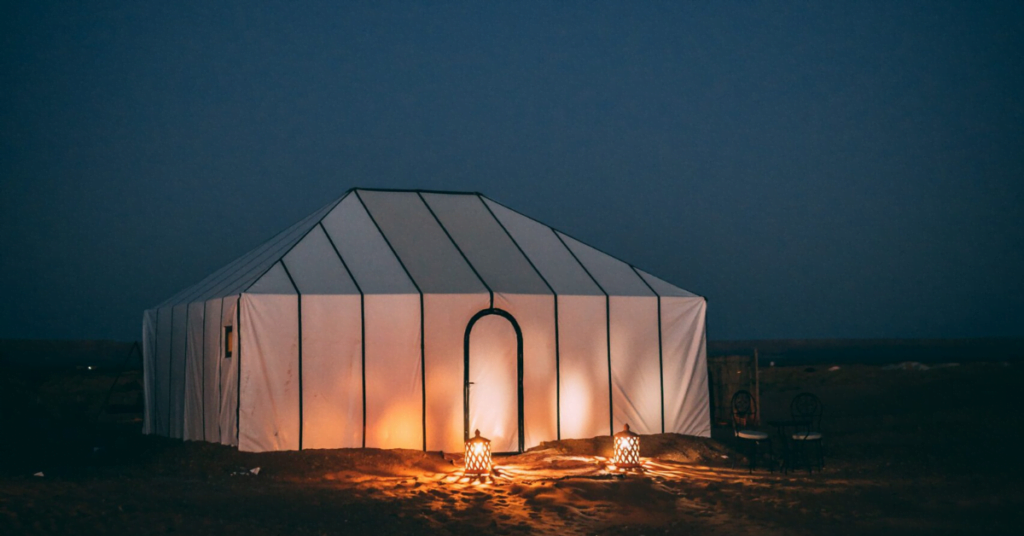 During this classic journey tour, you will discover the true meaning of Morocco. We will show you different regions from the North, Center, and south of the country. These three passages will give you deep knowledge about multiculturalism that makes Morocco a very special country. This experience will let you know that Morocco is worth a visit that lasts twelve days and eleven magical nights.

Get a quote & your free itinerary

Start the day in the city of Casablanca, Morocco’s metropolis city, the financial, commercial, and manufacturing center of the country. Casablanca has grown from 2M in the early 90s to 4M today. Drive along the boulevards, California district, Ain Diab, and then visit the Hassan II mosque which is situated on the edge of the Atlantic ocean. Please do not forget to visit the Ricks cafe.

transfer to Rabat, Overnight at your Riad/Hotel

Morning visit to Rabat, You will visit the Mausoleum of Mohammed V and the Hassan Tower. Then visit the Oudayah Kasbah and its garden.

Afternoon visit to Tangiers, this wonderful coastal city has been referred to as the crossroad between Europe and Africa. It is only a few miles away from Spain, and it is considered the gateway to Morocco. Its history goes back to Greek mythology when Hercules was Tangier’s first hero, ripping Africa and Europe apart and founding a settlement where the water of the Mediterranean and Atlantic mingled. He called it tanga in honor of the woman he loved.

The old city called the Kasbah is quite small and can be explored in a few hours. Besides the Kasbah, you can visit and enjoy a glass of mint tea at Cafe Baba where rolling stones use to go. Other attractions must be seen such as the Medina, the Grand, and Petit Socco, the old American legation.

Then drive to your hotel/Riad where you will spend the night.

Transfer to Chefchaoun In the morning, after your breakfast. Spend the day wandering

the blue pearl city, which is located in the Rif mountains. The city was founded by the Moors in the 15th century. It began as a small fortress to fight the Portuguese invasion of Morocco.

Take a walk in the Medina, filled with houses painted blue and white, a tradition that derived from the towns of Spanish settlers in medieval times. Then visit the “Outta Hemmam” square and the Kasbah of the 18th century. In the afternoon walk to the Spanish mosque to take panoramic pictures of the sunset. We recommend trying fish Tagine in the square and do not forget to feed some cats. Overnight will be at your hotel/riad.

After breakfast, drive from Chefchaoun to Volubilis, which is in the region of Meknes (one of the imperial cities). The ruins of Volubilis have been qualified by UNESCO as a well-preserved example of a Roman colonial city in north Africa.

Volubulies dated back to the third century BC as a Phoenician settlement. Under the Roman empire, it developed quickly, with the wine industry, and olive. It has many memorial temples, a triumphal arch, a basilica, public baths, and beautiful Villas. It was taken by the Berbers tribes toward the end of the 3rd century AD.

Then a short drive to Meknes to visit its imperial places Bab Mansour, Kara prison, and the Heri Swani. After a short break, we take the road to Fez where you will be accommodated for 2 nights in a Riad/Hotel.

A UNESCO World Heritage Site,  Fez El Bali was founded in 789. the spiritual capital of Morocco, and home of the first and the oldest university in the world which dated back to 859. the medina of Fez is considered to be the largest free car urban area, this medina is known as the city center of handcraft, such as Ceramics, bronze, leatherworking, and silk weaver, Moreover, Fes medina is a unique example of coexistence and tolerance between the Jews and Muslims.

Drive from Fez to Erfoud, through Ifran where you will stop for coffee, Ifran is one of the calm and cleanest cities in the world, this beautiful Amazigh city that is designed in a European style located in the Middle Atlas called Switzerland of Morocco. then we continue our journey to Midelt where you will notice the change in landscape. a lunch stop can be done at Midelt, a short stop at Ziz valley one of the longest rivers in the world that has the tallest palm trees. Arrive at Erfoud a desert small village where you will spend the nights. this peaceful town with a giant palm grove is held every October the festival of dates of every variety. overnight at the authentic Hotel made of adobe.

Day 7: The Sahara | Into The Desert Dunes

Short drive to Rissani where you will explore the home of the current dynasty, and one of the oldest cities in Morocco, you will do a one-hour walking tour within the palm trees farms, and visit the tomb of the father of the Alaouite dynasty, then enjoy the Berber pizza called Medfouna at one of the local restaurants. a 4×4 car will transfer you to Merzouga where you will enjoy the sunset and your camel ride to your camp.

Breakfast and drive towards Ouarzazate,  En route you will pass by magnificent Kasbah and many wonderful oases, lunch could be around the Todgha gorges and its colorful rock high walls after lunch break continues to Ouarzazat city known as the gate of the Desert.

Enjoy your breakfast at your hotel, and start the day by exploring the Kasbah of Ait Ben Haddou a UNESCO World Heritage, and also a large number of movies shot in the kasbah including, the last temptation of Christ, the mummy, Gladiator, Babel. Then drive through the high Atlas, stop at the picturesque Telouat Kasbah for a short visit, and Continue to Marrakech, where you will arrive in the afternoon.

Marrakech was founded in 1062 by the chieftains of the Almoravids Sultan Youssuf Ibn Tashafin. they were originally from the great Senhaja tribe. they surrounded the city with walls, also they built and decorate many palaces.

Marrakech was the capital of the Almoravids empire, which stretched as far as the Senegal and Niger rivers, Spain, and Algiers. the Almoravids were from the High Atlas mountains they practiced orthodox Islam.

Sight at a Glance:

The medina is the historical core of Marrakesh, it is surrounded by an ancient fortress wall made of reddish clay bricks. This color prevails in many old buildings, that is why Marrakech is called the Red City. In the medina, there are colorful city markets. At the heart of the area lies the vast Djemaa el Fna, the largest square on the African continent. Life on it does not stop day or night. Troupes of wandering artists, jugglers, and magicians perform here, and souvenirs are sold. With the onset of the evening coolness, all this crowded space is filled with mobile trays with barbecues, where delicious treats are prepared until the morning.

They are a late 16th-century burial complex in which the Saadian monarchs and their families are buried. For a long time, the complex was considered lost and was discovered by the French only at the beginning of the 20th century.

That was built for the Grand Vizier of Marrakesh. The best craftsmen from the city of Fes worked on the decoration. The finest woodcarving and ceramic tile patterns are the most admired.

Majorelle Garden is a Moorish-style villa in Marrakech, surrounded by a park with exotic plants. In 1981 it was acquired by Yves Saint Laurent. On the territory of the garden, are the Berber Museum, the Museum of Islamic Art of Marrakesh, a collection of paintings by Jacques Majorelle, and the Museum of Yves Saint Laurent. Every year, the garden is visited by 700,000 tourists approximately.

In Marrakech, there are several old bazaars specializing in the sale of spices, handicrafts, agricultural products, and various souvenirs. The most colorful of them have been located in the medina, the ancient core of the city, for centuries.

It is known as Hay Essalam, it is a Jewish quarter in Marrakesh, famous for its spice market.It is considered the second oldest of its kind in the country.

is a palace complex with two gardens (one traditional Islamic and one exotic) in the medina of Marrakech.

After breakfast reaches the Berber/Amazigh village called Ourika valley and begin your walk following the river, throughout the walk, enjoy scenic views, you will have the opportunity to meet and talk to some friendly locals,

the Medina of Marrakech has wonderful hammams, we would like you to try one of them which we will recommend you.

overnight in the Riad.

Half a day on your own before transferring to Casablanca airport.

The cost of the tour is calculated after we receive your application. We need to know how many people in the trip as well as if there is any other instructions from your side concerning the tour.

Our tours are tailor-made, we organize them based on your choice. Some services are included in our cost but some other are not covered.

If you want to change something, please mention it in your application by filling the booking form.

✅​ Accommodation in Riad or Hotel. Breakfast is included.

✅​ Pick up from the airport and transfers in a comfortable air conditioned car according to the program.

✅​ Dinner is included in some cities based on your itinerary.

✅​ Entrance fee for some monuments.

✅​ Our support throughout your journey in Morocco.

What is not included:

❌ Lunch and some dinners.

❌ Entrance fees to some monuments.

❌ Tips for the guide and driver.

To confirm the exact cost of the tour, please contact us and give us your instructions concerning the tour, and we will send you the full program plus the total costs. The cost of the tour with accommodation in hotels of another category and in the New Year period (from December 20 to January 6) is calculated on request.

You can pay online using your card, we will send an invoice to your email to submit your payment (an additional fee of 3% is charged) We accept bank transfer from a foreign currencies accounts (in Euros or US dollars, AUD, CAD, GBP...) You can pay cash by individual agreement

In case of cancellation of the tour at the initiative of our tour company. The paid amount (full amount or deposit will be returned to your account).

In case of cancellation of the tour at the initiative of the client, We will refund a 10% of the deposit.

We can offer you another service to reschedule your tour to another date of your choice.

You Didn't find the right tour? Write to us and we will program something special for you!

Not all of our tours are presented on the website. We will create a special itinerary for you.